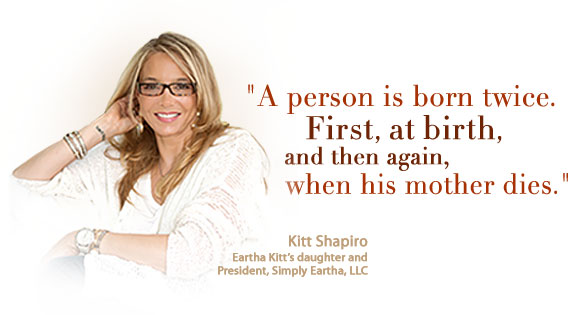 “A person is born twice. First, at birth, and then again, when his mother dies.”

I heard Rufus Wainright say that on a recent CBS Sunday Morning show.

That statement rang so true for me that I had to pause and write it down. I now re-read it daily as I embark on a new uncharted path since my mother’s death in 2008.

I wouldn’t say that I felt I grew up in my mother’s shadow, but as the only child of a famous woman, I do feel there was a kind of security in being ‘the daughter of…’ Eartha Kitt.

My mother often introduced us to people, saying, “I’m Eartha and she’s Kitt”, as if I completed her. And, in some ways, I guess I did. Her mother had died when she was very young. She didn’t know who her father was and was disconnected from any of her relatives, so I really was her only family. And she clung to me with an intensely deep, unconditional love.

My childhood may have been unconventional, traveling with my mother as she toured and performed internationally. I studied at the Lycee Francais in Los Angeles and with tutors when on the road, but my mother believed that no classroom or textbook could duplicate the education and appreciation a person gets from seeing the world firsthand.

As most mothers and daughters can attest, our relationship was also at times conflicted. As a teenager and young adult, I often felt my mother loved me too much, that she held on too tight. As I matured, I came to appreciate and understand my mother’s immense devotion and the tremendous gift her love has given me. It now fills my heart and soul since the loss of her physical presence.

Christmas Day 2008, my mother lost her battle with colon cancer and these years without her have been an evolution for me. I have had to adjust to no longer being someone’s daughter. I have cried; been angry; felt lost and alone. But, I have also been able to laugh, rejoice and feel gratitude for how blessed I was to have had such an incredible woman for a mother.

My mother was a real, complex, and at times, flawed, human being. She taught me to be true to myself; to live honestly and with respect for everything and everybody. To possess calm in place of panic and to remember that humor is one of life’s most precious gifts.

It is now my turn to build on that beautiful, solid foundation my mother gave me. I have embarked on a new chapter on my journey. I still cry sometimes, and feel scared, but I hold tight to the knowledge that my mother’s love and spirit fill all that surrounds me. So it is her shadow that I now embrace and carry with me in my heart as I move forward on this new, unfolding path.

I have introduced a lifestyle brand called Simply Eartha as a tribute to her. I have taken her image, her writing and her wisdom and created designs that I hope will continue to inspire her fans, both old and new. May they touch your heart, as they do mine.

From my mother and me, Eartha and Kitt, to you.

Join my email list and receive special offers as well as more stories about my life with my mother,

"I am very happy to know that there are good people around the world!!!"  - Jennifer V.

SimplyEarthaTweets @simplyeartha @kittshapiro: FYI: My mother’s verified Facebook page #TheEarthaKitt has been hacked and they are posting weird videos on the page!!! @Facebook is not responding to my pleas for help! If you are an #EarthaKitt fan, please spread the word. Thank you Thank you. 😘 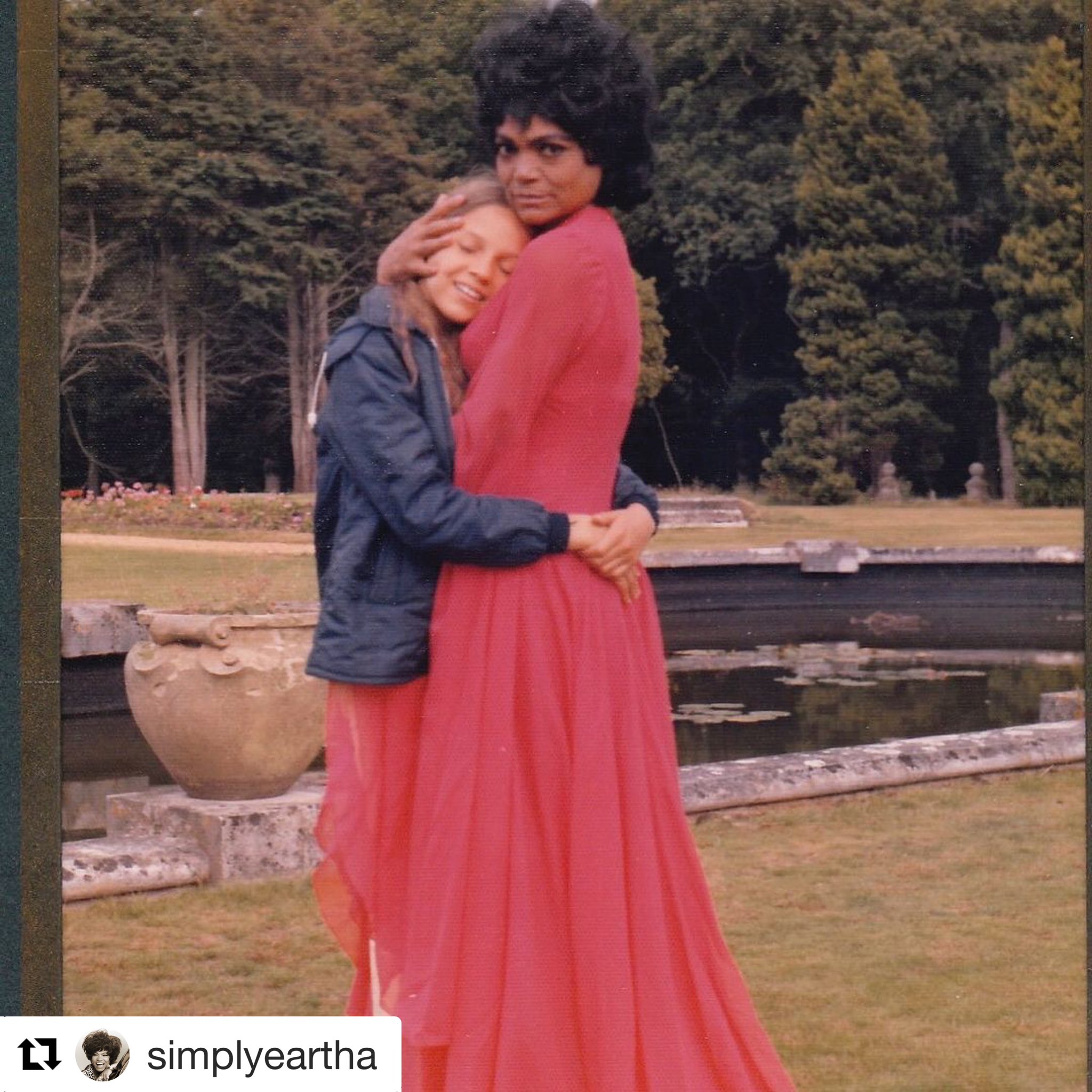