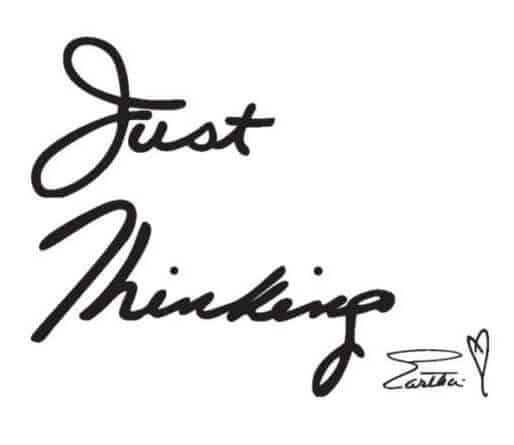 Say it isn’t so! A country with no handwriting? Well, that may soon be the case.

Cursive, or script, as some may know it, is not part of the Common Core State Standards, which are the academic guidelines 45 of the 50 states have now adopted.

I went to a private French school (I know, brag brag, snob snob) and handwriting, beautiful flowing penmanship, was not only taught, it was demanded. Your handwriting was expected to be almost as important as the content of the page. I remember always being jealous of my best friend, Clara-Lisa because she had the most beautiful writing. I would spend hours practicing, but I could never get it to look as nice as hers. Still doesn’t.

As a teen, I designed my own stationery with my name written in my own hand and my mother had hundreds of letter size paper with envelopes made up, which was hysterical because by the next year I had decided I hated my signature and spent months working on a new one. Never wanting to waste anything, my mother (Eartha Kitt) used that stationery in her own correspondence for years.

I always loved my mother’s signature. When people would ask for her autograph, I would beam with pride because I always thought she had one of the most interesting signatures. It suited her perfectly. Her writing was sometimes difficult to decipher, but you could always make out her name. And, she loved to write. Notes, letters, reminders, lists. She even wrote all four of her published books in longhand. I did feel bad for her secretary who had to transpose those pages. That couldn’t have been easy.

Before I married, I practiced my signature thousands of times until it was just the way I wanted it. (Years later, I worked in the fashion business and people would call my office asking for ‘Bill Shapmo’. Guess I should have spent more time perfecting it).

I love to write and send notes by snail mail. But, I will throw them away and start over if my handwriting doesn’t please me, (even in my fifties, I still wish I had writing like Clara-Lisa). As many Apps as I have for notes, I still prefer to write them by hand. And, if you saw my desk, you may want to encourage me to start using those Apps.

My kids rarely, if ever, write in longhand. Most of the time, they’re typing on some device. So, when I recently watched my young adult son fill out some employment forms, I was cringing at the sight of his penmanship, or lack thereof. Even the way he held the pen was tough to watch.

Personally, I find it more difficult to let my ideas flow when I type. Feeling and seeing my words come to life as the ink hits the paper inspires much more creativity. And, I always need a certain kind of pen. They don’t have to be fancy. My current preference is the Pilot G-2. And when I transpose my writing to the computer, I will always pick some cool flowing font, until one of my creative team makes a comment on how I can’t use it because I’m not a twelve-year-old girl. Hmph! That’s just so not fair!

If kids don’t learn script, how will the next generation sign their names? Probably with their thumbprint on some device. Or the pupils of their eyes. As unique as those both are, it’s sad to think that the ability to share a part of a person’s personality through the way they give words life on paper may soon be something for the history books. E-books, of course.

"I absolutely love my GORGOIS @simplyeartha bracelet that my sweet agent Jim got for me!!! Thank you so much!!! #earthakittforever #legend #fierce #mallygratefulforthis - Mally Beauty